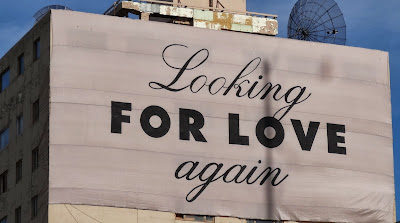 Wouldn't you love to know the story behind this sign which we spotted on the side of a building?
I especially like the again part.

Did you know that Fairbanks was a trading post set up by E. T. Barnette in 1901, and named in honor of Charles Fairbanks, the senior Senator from Indiana? 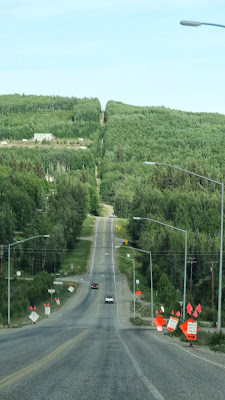 How's this for an example of cutting a road through the forest? 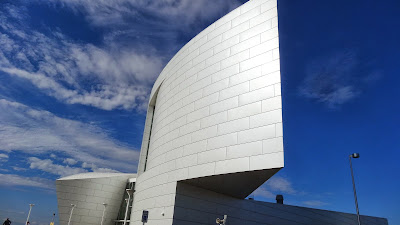 Yesterday we spent a few informative hours at the University of Alaska Fairbanks Museum and learned even more about the huge state and all of its wildlife.  Some of it flew out of my brain before we even left the parking lot, but a little bit of it might stick around for a while.
At least until we get to the next stop. 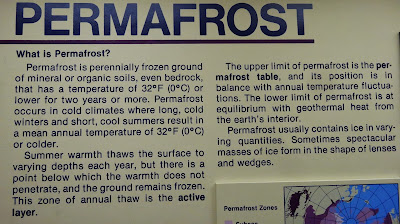 This more clearly explains why the roads are so undulating and challenging. 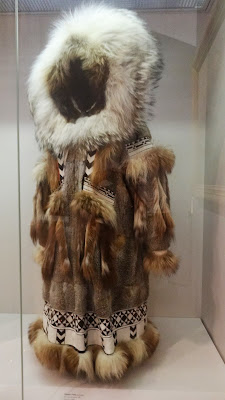 How would this look with a cheesehead,
snuggled around a Packer fan on a December day at Lambeau? 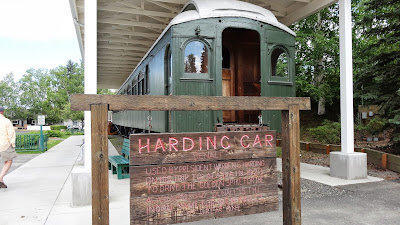 This sign is kind of difficult to read.  President Harding was the first President to visit  Alaska, and on July 15, 1923 drove the Golden Spike to celebrate the completion of the Alaska Railroad.
He continued on to San Francisco, where he died on August 2, 1923, in Room 8064, the Presidential suite of the Palace Hotel.  It's still not certain of the cause - everything from food poisoning, to congestive heart failure, to cerebral apoplexy have been suggested.  His wife refused to allow an autopsy on the husband who was known to have extra-marital affairs.  Hmm. 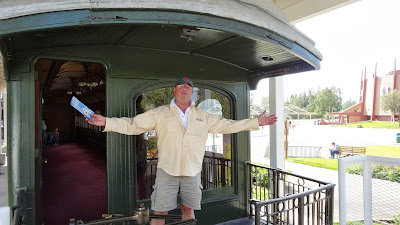 ps  Doesn't cerebral apoplexy sound like something that happens to most of us every once in a while?