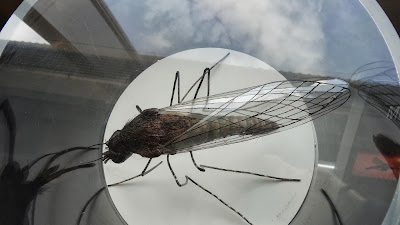 Yesterday we drove from Seward to Anchorage, with a stop at the Portage Glacier Visitor Center.
They had a display about insects of the area and Al is pretty sure this is the size of the mosquito who keeps tormenting him.  Could be. 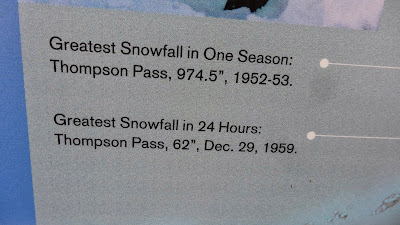 They also wanted us to know about Alaska's weather records.
Do you want to move to Thompson Pass?  How about Prospect Creek? 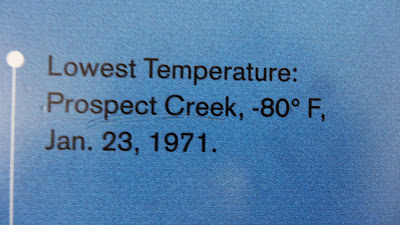 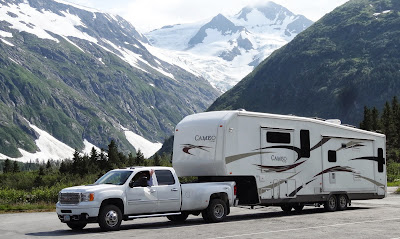 Homer had a lot of excitement for one day.
His first glacier (all the other times we left him in one RV park or another, waiting for our return.) 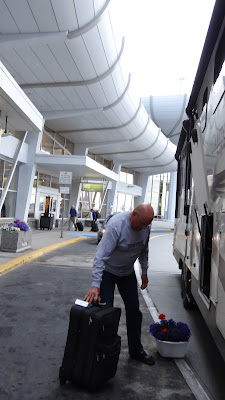 His first airport!
There was a lot of head-turning when we pulled up and Al unloaded the flowers because the suitcases were behind them, but the onlookers didn't know that. 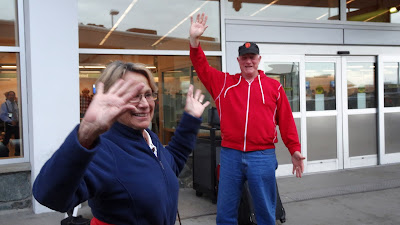 My photo skills failed me because of the sadness, but don't Teri and Willie look a little too excited to be leaving us?  It's very quiet now.  Al is going to have to adapt himself to cooking for two instead of four, but from the looks of us, he's been cooking for seven.  Teri is thin,, but three of us seem to have gotten a bit porky.  So now we have to deal with the loss of our playmates and the loss of sticky buns and ice cream and chips and all the other calories-don't-count-on-vacation goodies that have been abundant for a couple of weeks.  What makes that fair?
After dropping them off at 9:30 we decided that because it wasn't dark, we might as well drive for a while, so headed North to Wasilla where we found a park  that had space for us.  It's very strange to realize that it's midnight when it's not dark and you see people working in their gardens.