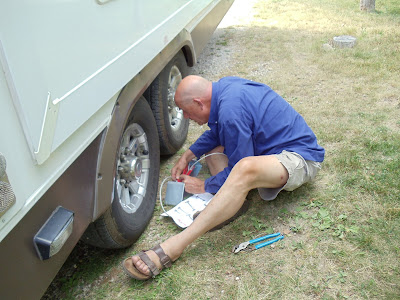 Al can read directions!  This is a new chock that fits between the tires and seems to reduce some of the wiggle when I walk.  Well, just Homer's wiggle.  Mine is out of control.
We're at the KOA outside of Perrysburg, Ohio. 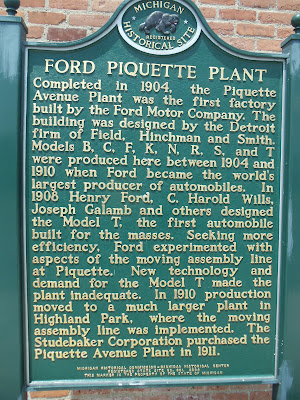 The 1904 Piquette Avenue  Plant in Detroit is the birthplace of the Model T.  This is where Henry Ford designed and built the first 12,000 "Tin Lizzies."  It was before he introduced the moving assembly line so it was all done by hand, ten-hour days, six-day workweeks.  The ground floor is now being used by a linen company, but the top floors are being restored by volunteers, many of them retired Ford workers. 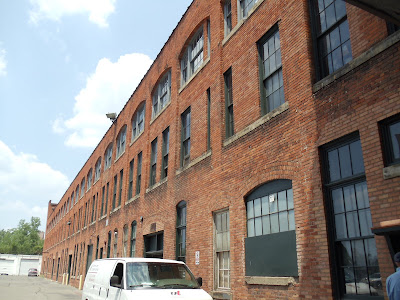 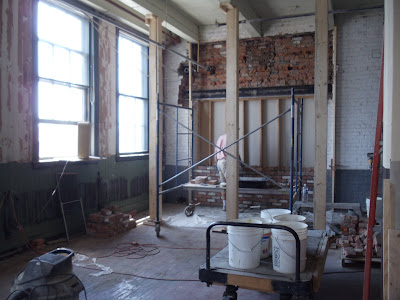 Henry Ford's corner office.  The windows had been bricked over but are now being
opened as they were when he worked here.  Henry was forty when he built this plant. 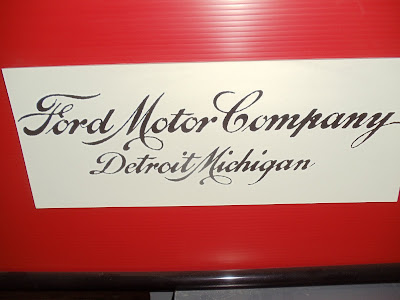 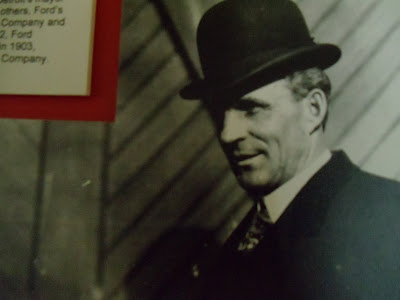 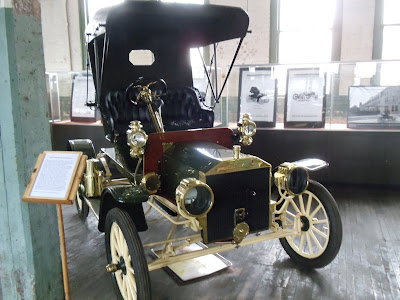 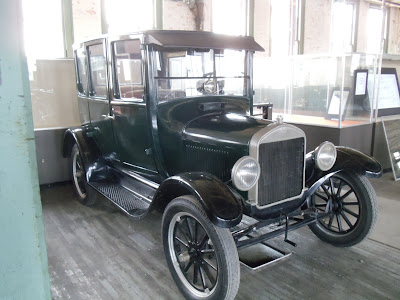 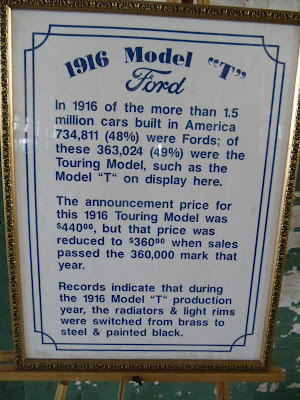 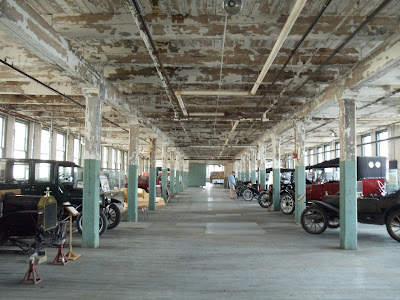 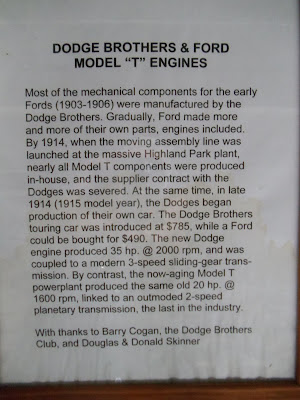 Did you know this about the Dodge brothers? 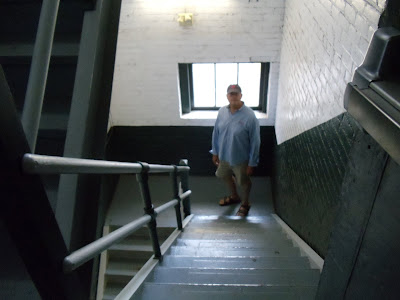 Where is his lunch pail? 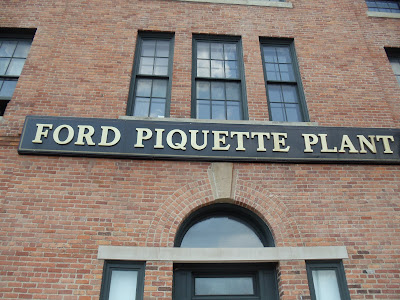 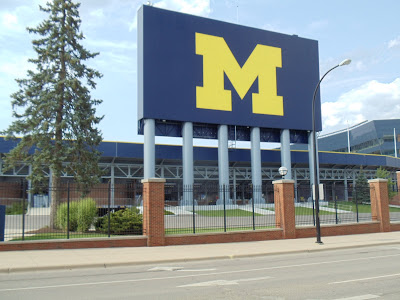 We detoured to Ann Arbor.