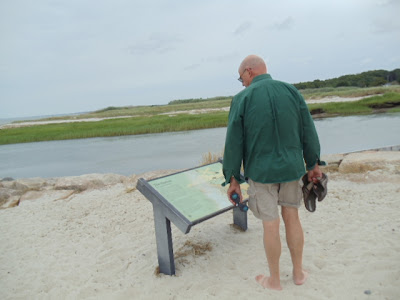 We took a drive to Cape Cod, which is gorgeous at every turn. 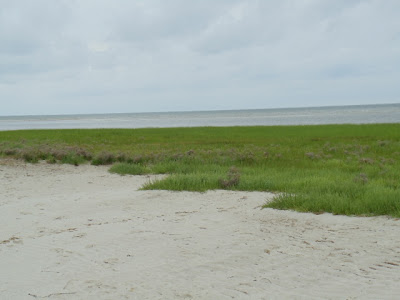 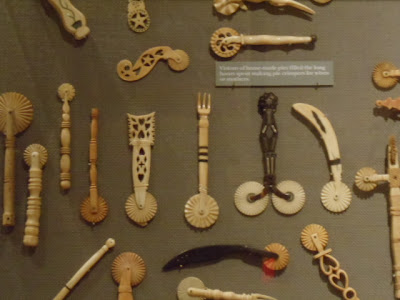 The thing that most impressed me in the Salt Pond museum was the talent of the sailors in carving whalebone and teeth - these are pie crimpers for wives and mothers.  Amazing, aren't they?  I managed to refrain from breaking the glass and running away with one of them 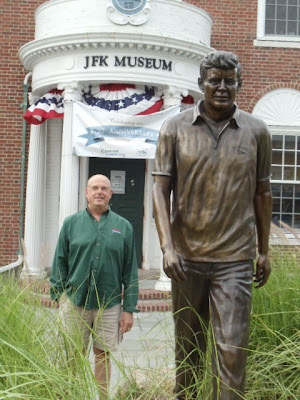 Al and JFK on the way to the Peace Corps. 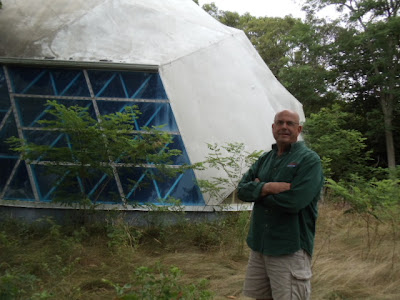 At the southwest tip of Cape Cod is a town called Woods Hole, which has this abandoned geodesic dome, designed by Buckminster Fuller.  Al wants to build one.  Who knows where that might be. 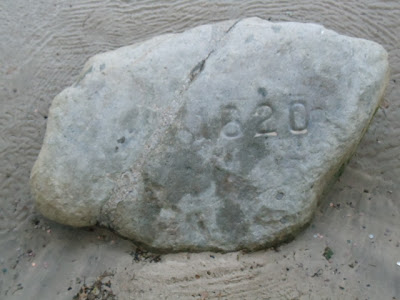 Up the road a piece is Plymouth, where the Pilgrims landed in 1620, supposedly stepping off the Mayflower onto the rock.  Chunks of it were chiseled away by souvenir seekers, and in 1774 20 yoke of oxen were engaged to move it, splitting it in the process.
Half of it is now on display for us to pay tribute to those brave colonists. 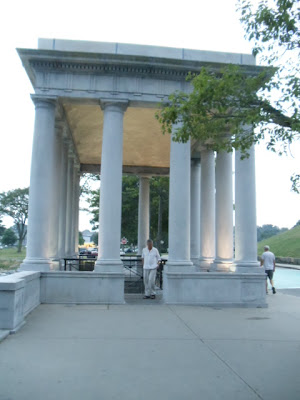 In 1921 this granite portico was built to protect the rock
and celebrate the 300th anniversary of the Pilgrims' arrival. 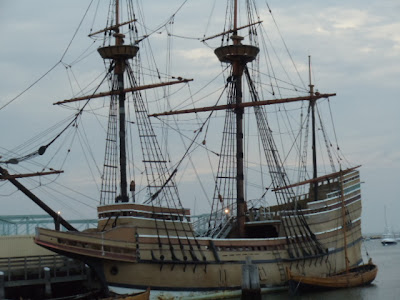 The Mayflower II is a reproduction of that famous ship.
None of my ancestors were on it - how about yours?