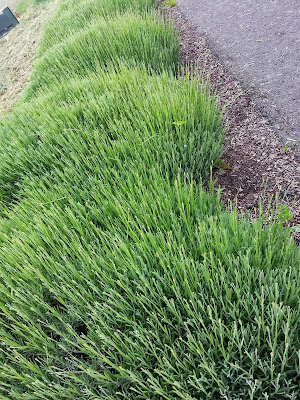 It's official - apparently it's very rare to have a seven-day escrow, but we did it in record time.  Papers were all signed on Friday afternoon, keys received, and everything set up to be cared for while we go traipsing to Alaska for three months.  I feel like I'm in one of those cotton candy machines, spinning at top speed, but it's all good. I have a hankering to stay home and start the settling process, but away we go.  We'll be in and out of Canada and near the border much of the time, so email and phone service might be uncertain.  Don't count on a lot of communication for a while,
but we'll have so much to tell when we are able to.

This is what the lavender plants looks like when it's just ready to bloom.
There are thousands of these in and around Sequim, but we'll miss the peak of the season. 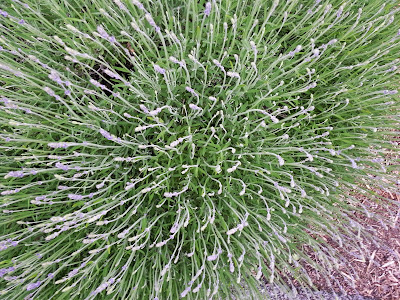 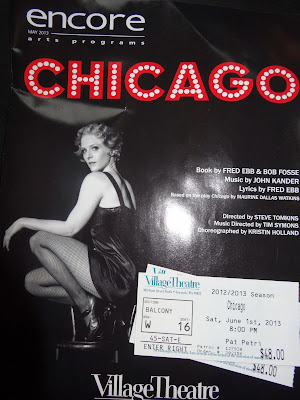 Saturday we left Sequim and made it as far as Issaquah, WA, where our timing was good to see Chicago, which was a fabulous production.  "He ran into my knife ten times." 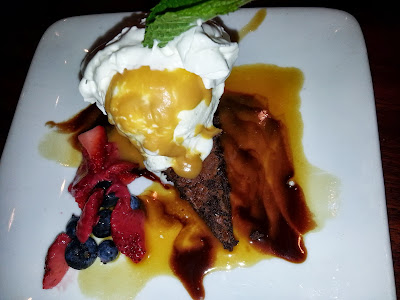 Dinner was successfully ended with a chocolate cake, ice cream, whipped cream, caramel sauce.
(Have you noticed a food theme everywhere we go?) 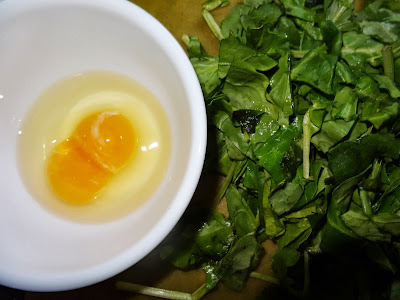 Speaking of food - this morning's breakfast had the bonus of twins.  Adorable, aren't they?