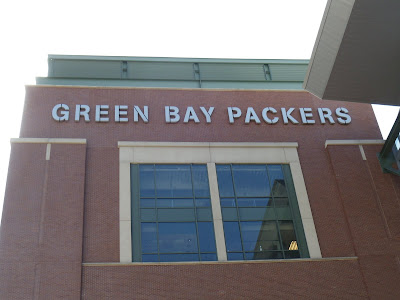 It's a Cheesehead shareholder dream come true!  A tour of Lambeau Field, home to the Packers.  The current capacity is 73,142 - in a town with a population of 104,000.  Following the most recent stock offering, only the fifth in the history of the team, there are over 360,000 shareholders.  Every game is sold out and the waiting list is over 90,000.  There have been several remodels through the years, but it's been at 1265 Lombardi Avenue since 1957.  Previously known as City Stadium, it was renamed in 1965 to honor Curly Lambeau, the guy who started it all in 1919 when he asked his employer,
the Acme Meat and Fish Packing company, to help with the cost of uniforms. 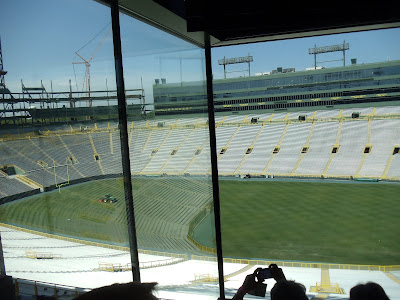 The view from one of the fancy boxes. 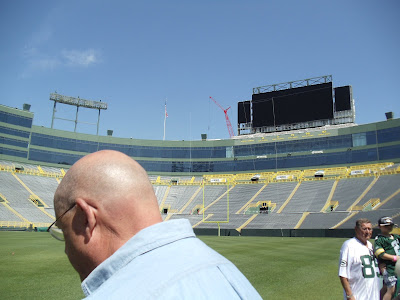 On the field.  See the aluminum benches.  That's it.  Just benches.  No backs.  Heated only by butts. 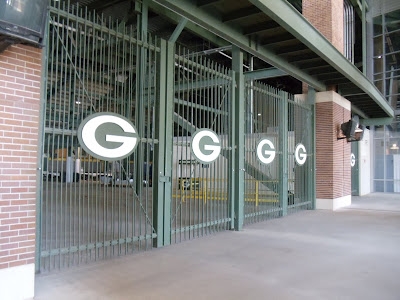 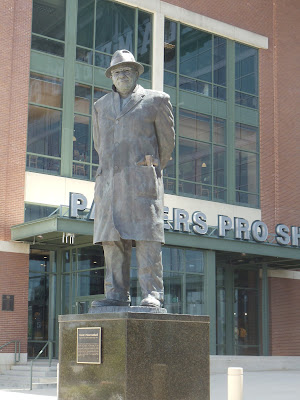 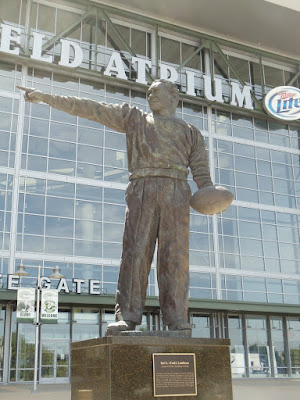 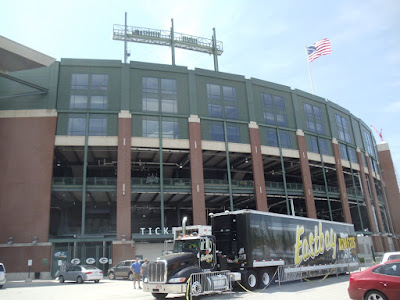 There is so much more information that can't possibly be included here.  Go to http://www.packers.com/