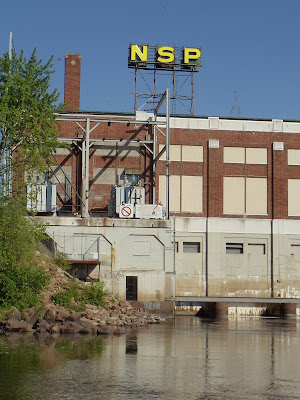 Can you imagine my excitement when we drove over the Chippewa River and saw this NSP (Northern States Power) hydroelectric dam?  Built in 1928 on the site of what was once one of the largest saw mills in the world, it still produces power.  NSP is now part of  Xcel Energy, but wasn't it nice of them to keep the old sign.  I think it was probably done just to make us think of all the years Dad worked for NSP.  How
many poles do you think he climbed through the years? 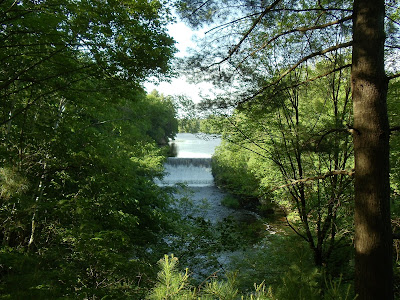 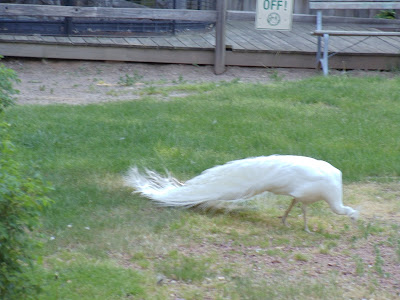 There is a small but nice zoo in Irvine Park, just right for a town of 13,000.
The white peacock closed just before I got the camera ready. 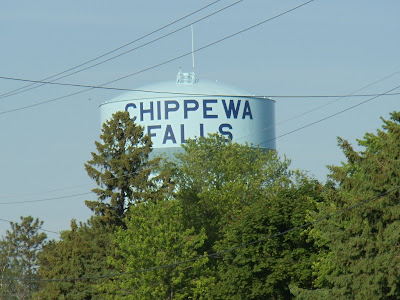 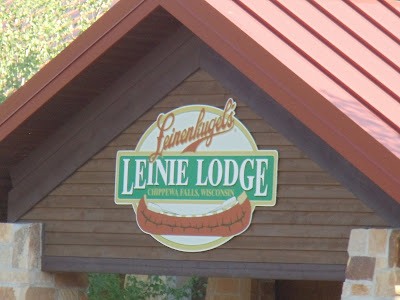 Jacob Leinenkugel began brewing beer here in 1867 and it's still family run, with one of the daughters eager to become the sixth generation - and the first woman - to stir the hops. 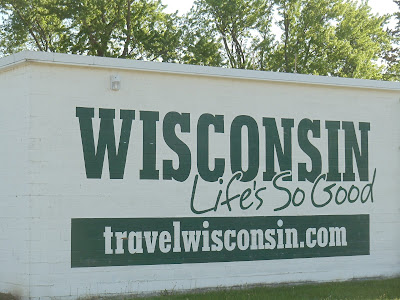