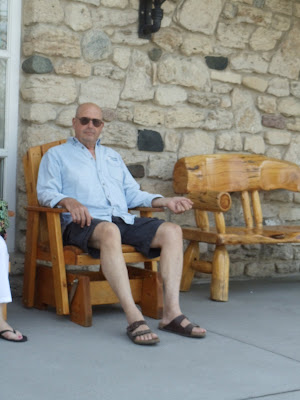 GrandpAl needed a rest after lunch at the Sister Bay Cafe, where we had the best store-bought lefse of all time, potato pancakes like Mom used to make, the the very best pie crust (Door County cherries) ever.
That's a lot of bests with no pictures. 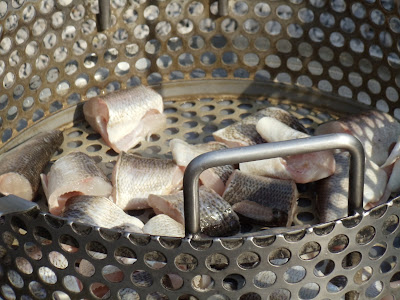 Have you ever been to a Door County Fish Boil?  This one is at Pelletier's in Fish Creek.
These chunks of local whitefish are dropped into a huge pot of boiling water,
along with baby red potatoes and sweet boiling onions. 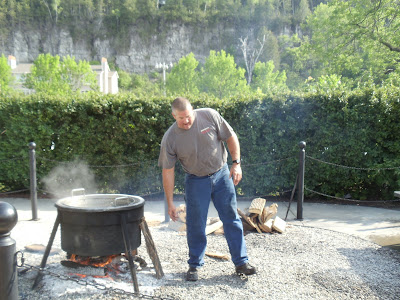 The Master Boiler controls the flames by adding or removing planks of wood around the fire.
They use about 18 cords of wood in a summer. 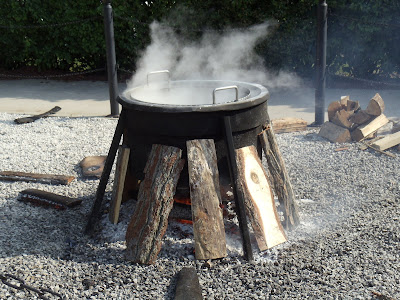 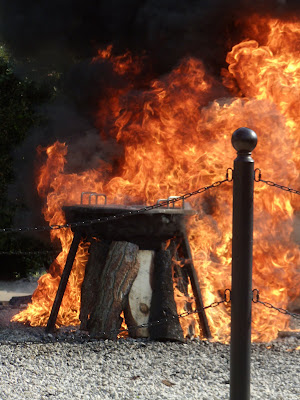 Immediately before removing the stainless steel baskets of food, he throws fuel oil directly onto the fire beneath the kettle, yells out "boil Over", and runs quickly away.
That's exactly what the water and fish oils do - boil over.  They call it "poor man's lobster".
Served with clarified butter, it does kind of taste like lobster with imagination.
I told you it was all about the food, didn't I?
ps  Spellcheck doesn't know what to do about lefse.