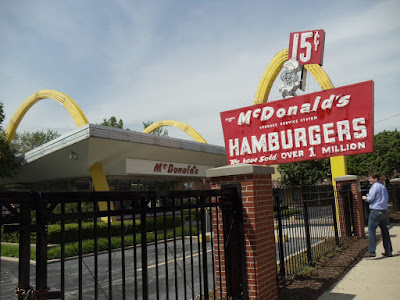 Friday, May 4, 2012
We parked Homer in Joliet and went to O'hare to meet Marco.  The first stop was at the #1 Store Museum in Des Plaines, opened on April 15, 1955.  The original building was remodeled many times and finally torn down in 1984.  This was built according to the original blueprints.  Alas, it doesn't open until Memorial Day so we had to gaze through the fence.
Steak dinner at the Chicago Chop House
Saturday, May 5
McCormick place and the National Restaurant Show, with 60,000 other people, which is down from 75,000 four years ago.  But there is a comeback in progress.  Restaurant-industry sales are projected to total $632 billion in 2012 and equal 4% of the U.S. gross domestic product.  The restaurant industry is projected to employ 12.9 million people in 2012, or nearly 10% of the U.S. workforce.
We were there for about 6 hours and only saw about half of the first room.  Ice cream machines, floor cleaners, hot dogs, silverware, cookie dough, reservation systems, chocolate sauce, bread baskets, french fries, coffee, tea, ceiling tiles, aprons, cheesecake,  Coke and Pepsi,  frozen bread, cheese, credit card processing, take-out bags, individual desserts, chairs, cake pans,  pasta -
row after row of everything remotely restaurant related.  Whew.
Steak dinner at Wildfire. 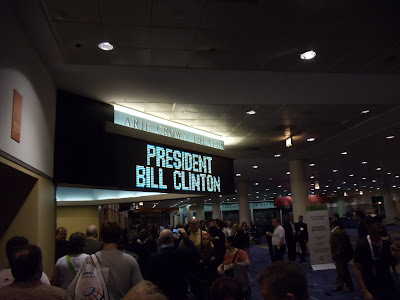 Sunday, May 6
Thousands of us lined up for the keynote speech by President Bill Clinton, who spoke very charmingly about healthful-dining initiatives and the importance of nutrition.
Oh, how he has changed. 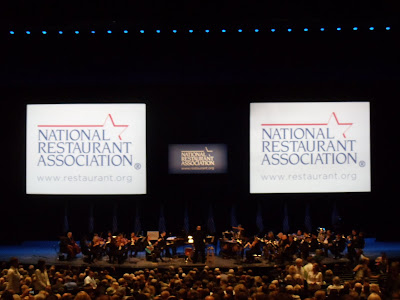 We waited one hour while his plane circled because of weather, but we were serenaded by the Chicago Lyric Opera orchestra while we waited.  It was worth the wait.
Steak dinner at Phil Stefani's 437 Rush. 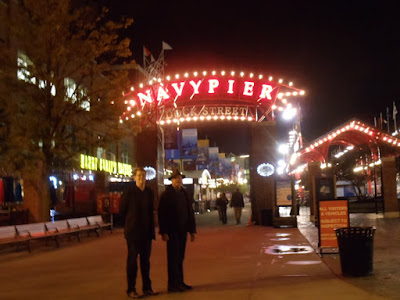 A stroll along Navy Pier, opened to the public in 1916 and includes an amazing stained glass display. 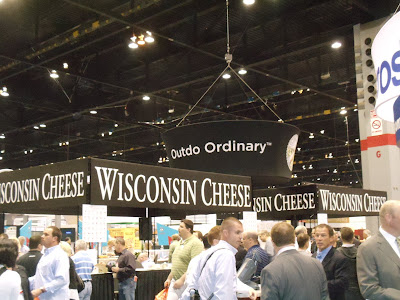 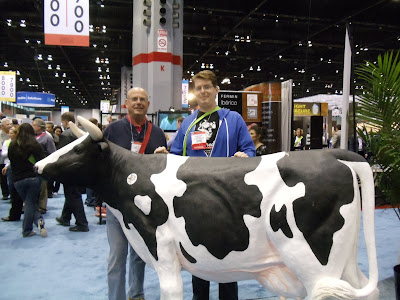 Monday, May 7
Good cows make good cheese
Steak dinner at Gibson's, still the best.
Second City improv - a good time was had by all. 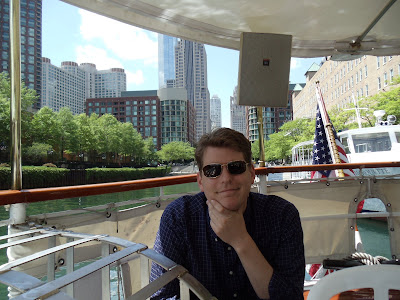 Tuesday, May 8
Just a few highlights of the magnificent sights on the river architectural tour. 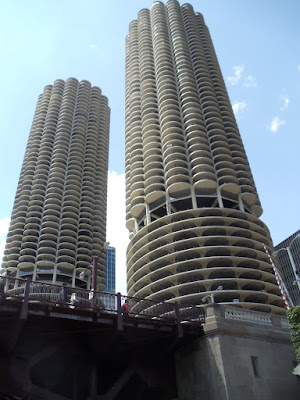 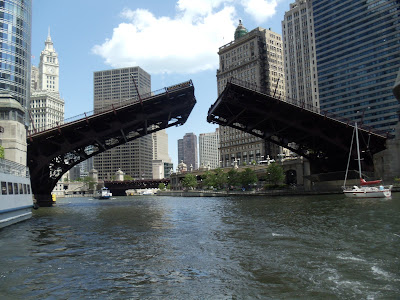 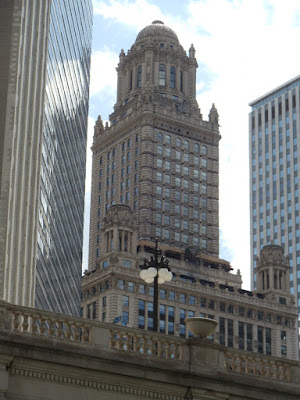 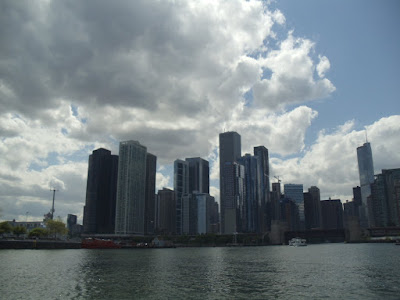 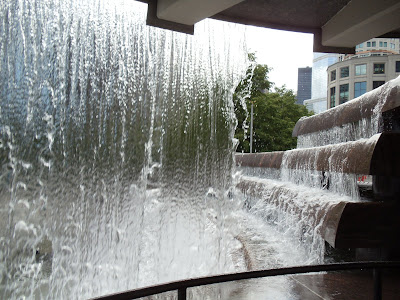 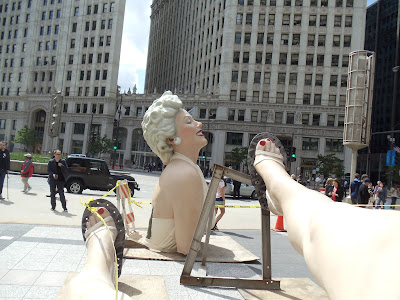 The giant Marilyn was being disassembled and drew a crowd. 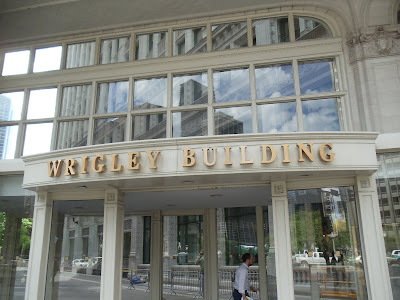 Steak dinner at the Weber Grill.
The party's over.  I don't want to leave!

Wednesday, May 9
Dinner - not steak - with the always delightful Doris and Eddie Reynolds.