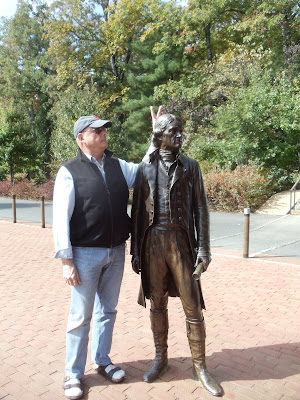 Do you think the author of the Declaration of Independence, the first Secretary of State, the second Vice President, and the third President would appreciate Al's sense of humor?  Or his socks? 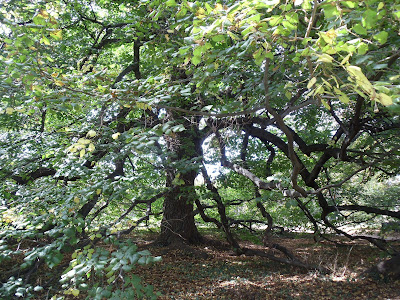 This linden tree grows in the front yard.  Wouldn't it be fun to climb? 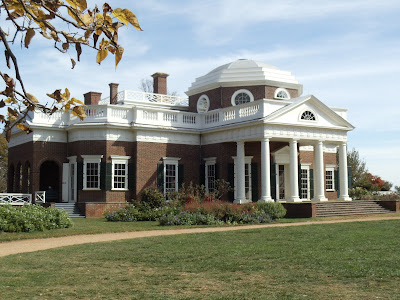 Thomas Jefferson designed and redesigned Monticello himself before there were architectural colleges.  This is from the West Lawn.  He and Martha Wayles had six kids but only two lived to adulthood.  Martha (Patsy) had eleven kids and Mary had two.  Sally Hemings had five (presumed to be fathered by you-know-who) so it would take a hotel to house the hundreds of descendants.
He kept meticulous records of his gardens and many of the same plants are cultivated there today.  I really wanted to pick a sweet potato pumpkin but resisted.