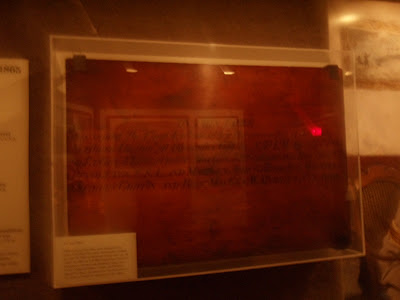 The photographer's skills aren't too good, but this is the very table on which the terms of the surrender were written.  Next time I'll take lessons from Ansel Adams so it's better. 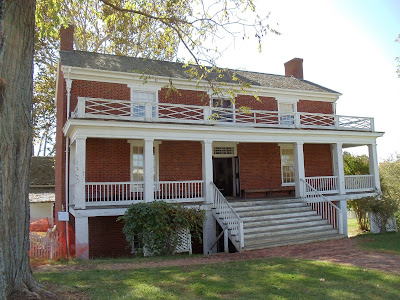 Here is the McLean House, in the very small village of Appomattox Court House.  Well, this is the reconstruction of the original house, which was dismantled by a speculator who was going to rebuild it elsewhere, but that never happened.  General Grant was looking for a comfortable place to meet General Lee and he convinced the family to let them use their drawing room for a while.  The pregnant Mrs. McLean had five small children and apparently was not pleased with all the soldiers tramping mud through her house.   The National Park rangers told us how graciously the Union Army accepted the weapons from the Thin Blue Line.  Once again the country was united.

Now we're in a very nice KOA north of Richmond where the autumn colors of Virginia are gorgeous.