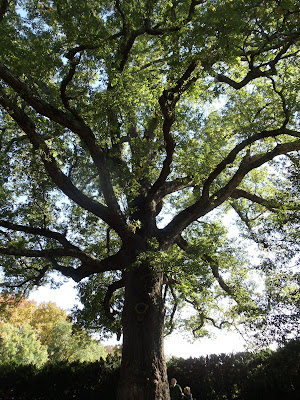 He held more major offices than any other President: Senator; Minister to France, England, and Spain; Governor of Virginia; Secretary of State and of War; and fifth President of the United States.  And the last President who was one of the Founding Fathers, the third to die on July 4.  (Jefferson and Adams, in case you were wondering)  He was instrumental in the Louisiana Purchase, and the Monroe Doctrine, of course.  When he and Elizabeth left Washington they moved 2 1/2 miles away from Jefferson's Monticello and lived at Ash Lawn-Highland for 26 years.
This white oak tree is nearly 300 years old. 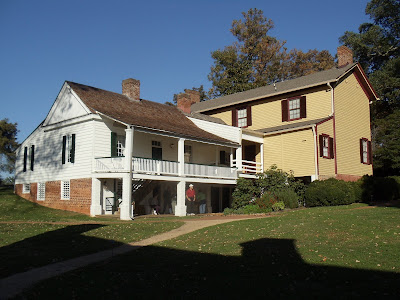 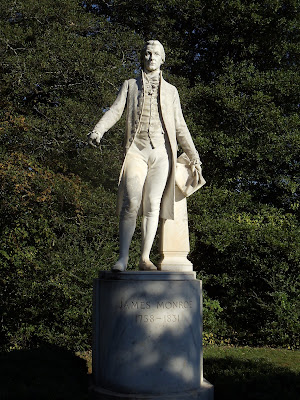 The farm/museum is available for parties and weddings if you're looking for a good venue.