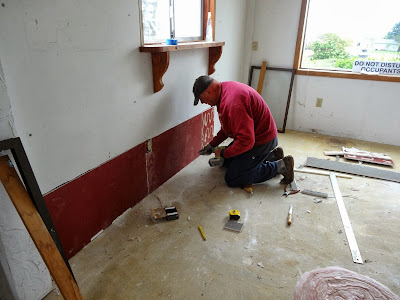 Progress is being made, but it seems to be taking a very long time.  This an example of Al's ultimate recycling.  The red wallboard is what he hacked out from the guest bathroom when he opened it up so the shower can go in.  He used it to replace a spot that was a bit mildewed - right after he used a few tubes of caulk to prevent the same thing from happening in the future.  Isn't he resourceful?  He's working in what will be the sewing room, attached to the garage.  I'm a lucky woman! 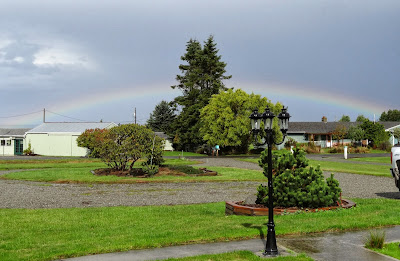 Sequim has a lot of days with rain and sunshine mixed and this is the reward. 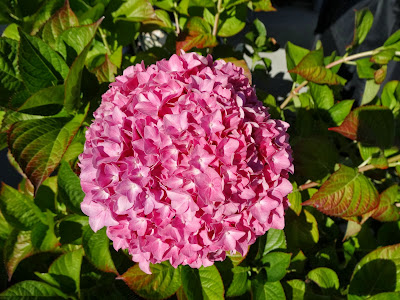 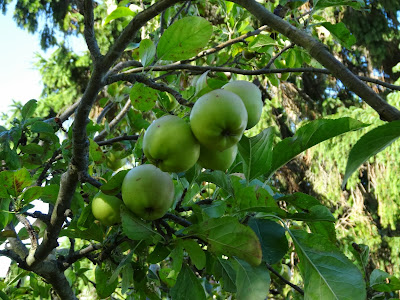 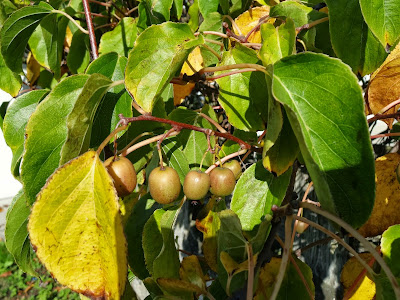 Our yard is filled with treasures.  I've never seen gooseberries, but here they are.  Kind of like tiny kiwi and tasty, but only if you catch them on the perfect ripe day.  Too soon and they are bitter, too late and they are mushy.  Now I have to find out when and how to prune them.
Come on over.  Bring your clipper.