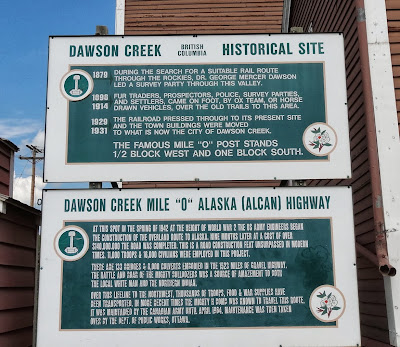 Dawson Creek, BC is the beginning of the Alaska Highway, but for us it's the end because we went North on the Alaska Marine Highway System, so did it backwards.  Like many other things.  Dawson Creek became a much larger town when the construction began and they are very proud of being the important starting point.  There is a great museum telling all about the construction of the Highway. 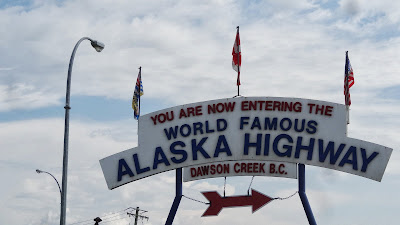 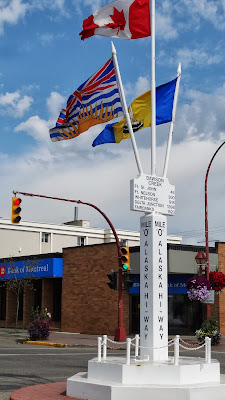 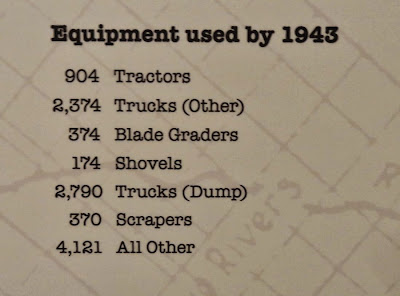 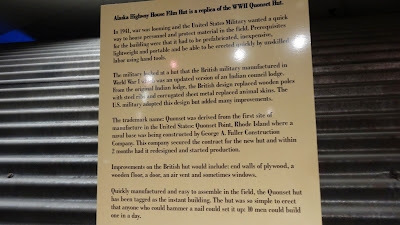 Did you know this?  I didn't.  In case you can't read it - it tells about what the Quonset Hut it and that it was so called because it was manufactured at Quonset Point in Rhode Island.

Tomorrow we're driving to Jasper, Alberta.  The forecast calls for thunder, lightning and rain so we'll see if our luck of driving without rain holds or if it has finally run out.  Right now it's raining like cats and dogs.  What does that mean?  I do know that it's real noisy from inside a big tin box.
We'll be in RV parks in the hills and don't think we'll have much wi-fi, so I'll be back to tell you about it when I can.  Hang on!