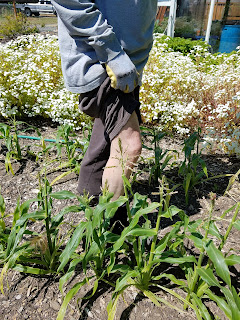 Al is so excited that his corn is knee high - even though it is only the tassel that stretched up to meet that requirement.    Do tassels count?  Notice that he didn't think anybody would know where his knee is without hoisting up his pant leg? 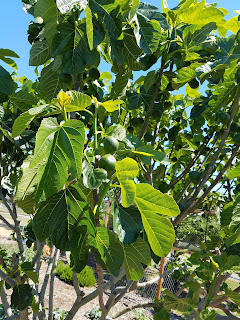 Figs are popping out all over the tree.  Last year the birds got most of them so maybe we need a scarecrow.  Do you think I could sneak those raggy garden clothes away from Mr. Green Jeans when he isn't looking and make one to stand guard? 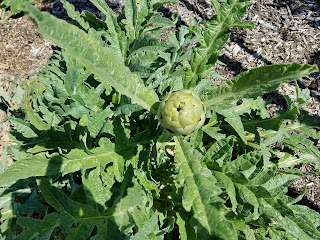 Who knew that artichokes would grow in Sequim?  We won't be having a dinner party to celebrate, because so far there are only two, but I'll let you know if that changes.  They aren't like zucchini, producing baskets full to sneak to the neighbor's front porch in the middle of the night. 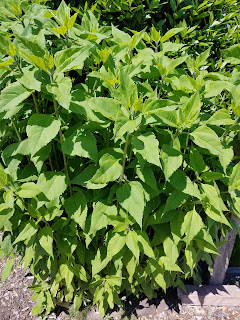 These are Jerusalem artichokes, but only Superman would be able to see them underground. 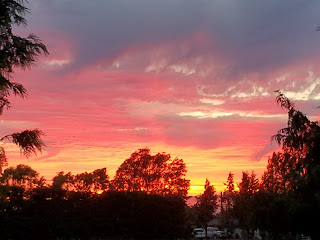 Almost looks like the burning of Atlanta, but it's just another reason to live in Paradise. 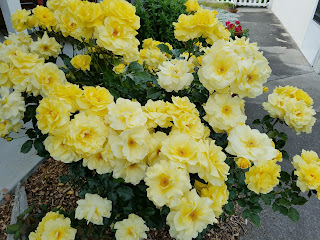