An autumn day in Krakow 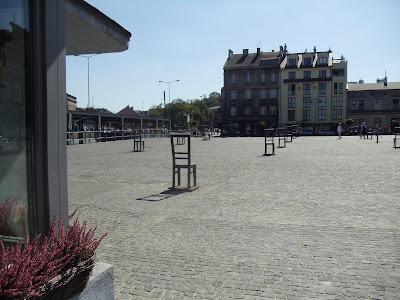 Approximately 56,000 Jews lived in the city on the ever of WWII, almost one-quarter of the population. This memorial is to the between 15,000 and 20,000 Jews who were forced to live in the ghetto in Krakow, and are represented by empty chairs of various sizes. 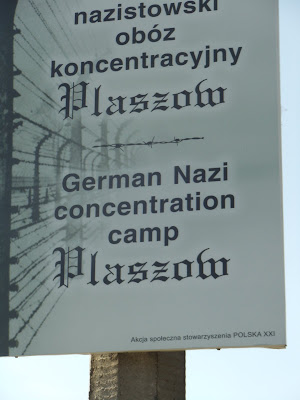 Thousands of them were sent to the Plaszow Concentration Camp where most were killed in mass shooting operations carried out by the SS in the winter of 1943.  Survivors were sent to Auschwitz. 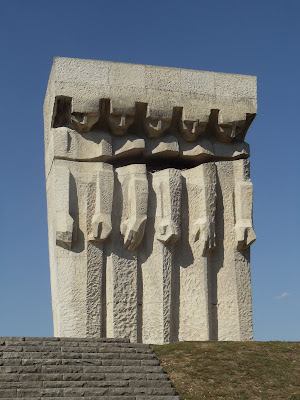 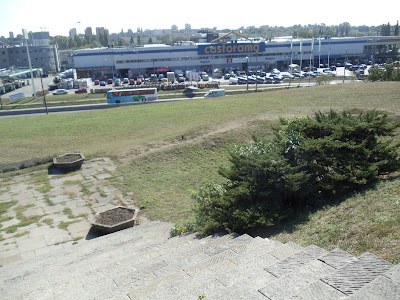 Remember that I told you about finding the Castorama, the Polish version of Home Deport? Looks pretty much the same, doesn't it? 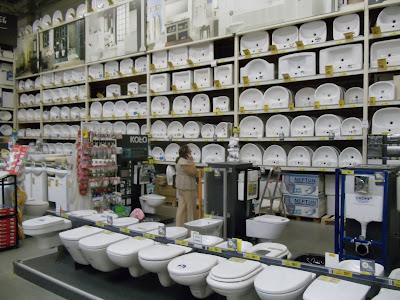