Methinks culture is good for the soul 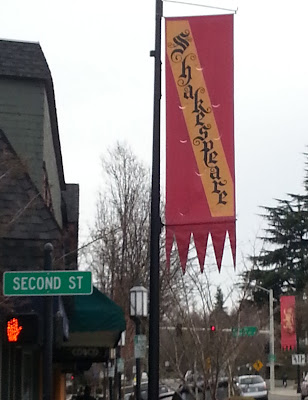 Ashland is a town of only 20,000 but during the Oregon Shakespeare Festival season (February through November) thousands more visit to see the non-profit tradition begun by Angus L. Bowmer in 1935.  It's sort of the ultimate in local theater.  Our timing was great because we were able to see four plays in two days:  King Lear (life wasn't so grand for this family); Taming of the Shrew (Al was hoping for pointers); Two Trains Running (August Wilson's play about Pittsburgh race issues in 1969); and My Fair Lady (the most creative production of the many times I've seen it).  Each and every one was fabulous with such talented people showing us their versatility.  Impressive. 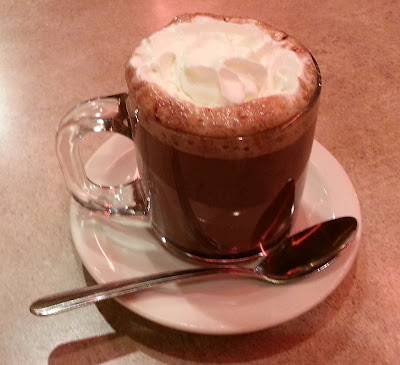 They don't allow photos to be taken in any of the theaters.
When in doubt, chocolate is always the answer.