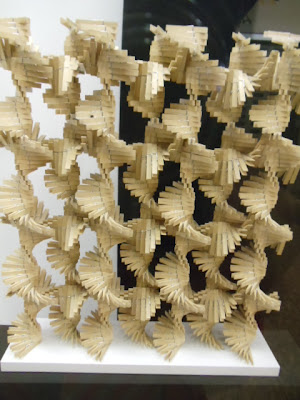 Now we are in League City, Texas, where we arrived on Sunday with the intention of visiting the Space Center.  A nasty cold attacked me on Saturday and Al joined the party on Sunday afternoon (at least he didn't begin to feel crappy until we were unhooked and settled) so we're just staying in to have chicken soup, popsicles, and feel sorry for ourselves.
Like the pharmacist says "A cold is a week and a half with medication, ten days without."
So we'll soon be out of the doldrums and ready for more fun.

In the meantime, here are some more shots from the European adventure.  Above is a sculpture we spotted in Berlin, made from ordinary clothespins.  Below is wire coat hangers, probably collected from the closet of Joan Fontaine. 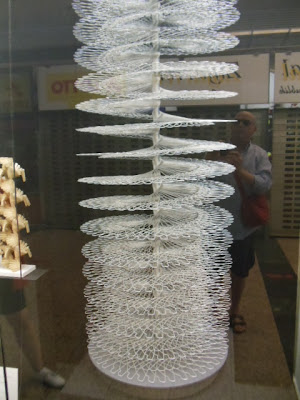 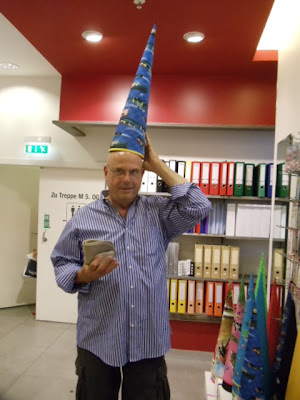 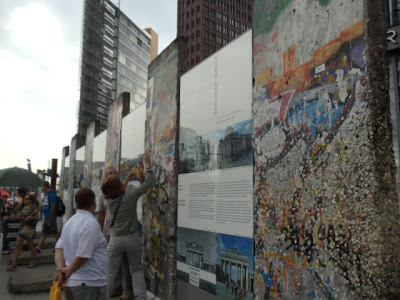 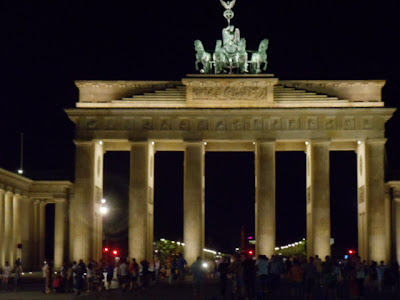 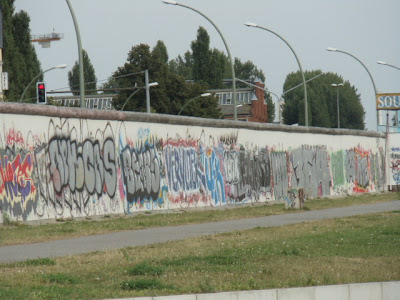 A section of the wall that is still standing as a constant reminder of what the world
was like from August 1961  until November 9, 1989.
Kind of puts the common cold in perspective, doesn't it?