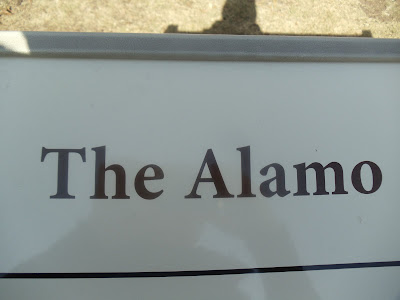 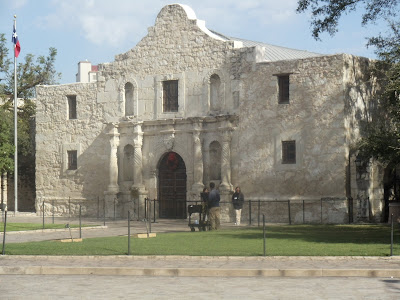 Originally named Mission San Antonio de Valero, the Alamo served as home to
missionaries and their Indian converts for nearly seventy years.  In the early 1800s, the Spanish military stationed a cavalry unit at the former mission and the story of 13 fateful days in 1865 is known to every school child since then. 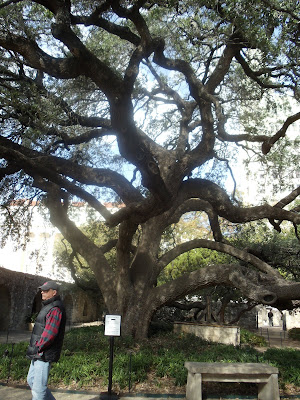 The live oak in the courtyard is 140 years old. 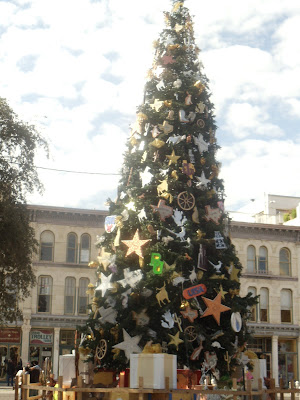 Everything in Texas is big. 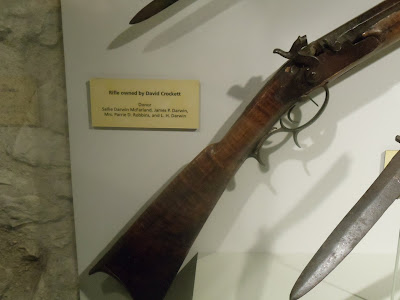 Could this be how Davy killed him a bear when he was only three? 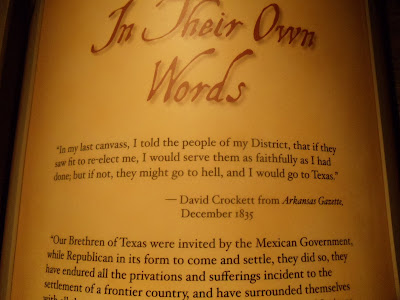 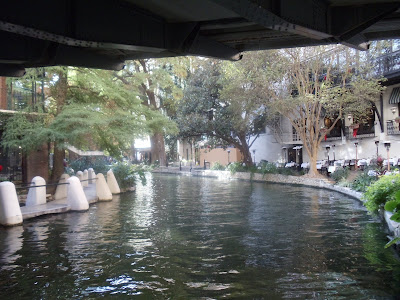 There is a beautiful Riverwalk in downtown San Antonio runs for about five miles , looping under bridges, lined with shops, restaurants, shops, hotels, theaters and more. 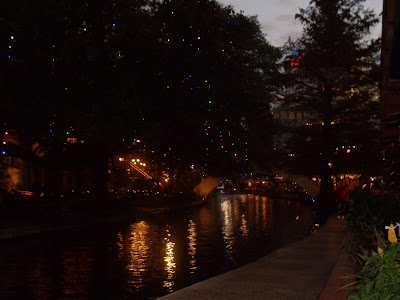 Thousands of sparkly lights twinkle through it all of December.
Do you think the nearly two hundred men, plus several women,
children and servants
would be pleased,