A promise is a promise

2020!  How the heck did time go so quickly?  Yet here it is, probably the
strangest year any of us alive now will experience.  And we're only halfway.  Hang on!

We started with snow, a lot of glorious snow.  Not as much as last year so Al missed the fun of being snowbound like I was when he was in San Francisco.  Oh, poor me, home alone for six whole days!  You haven't told anybody how much I enjoyed it, have you?  Sssshhhhh. 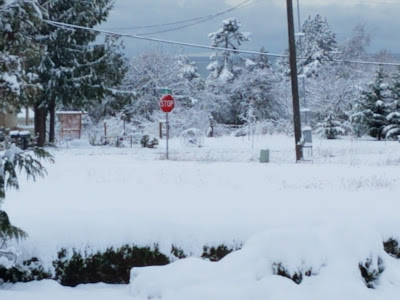 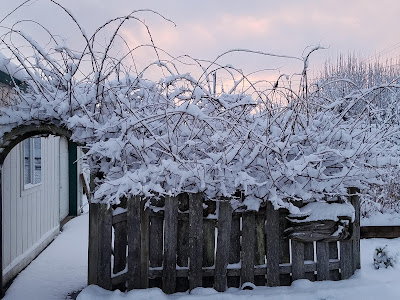 Have you heard of Sequim potatoes?  Apparently a few million years ago these were formed by some freak miracle of nature, and people around these parts are constantly cussing about all the rocks discovered when digging or plowing.   One day Mr. Green Jeans went out to dig up whatever potatoes were still in the ground and look what come up with them!  He thought it seemed a bit to heavy to be a potato, but had disguised itself really well, lurking among the edible spuds.   Maybe it should be Petri-fied for posterity.  Oh, wait, it already is. 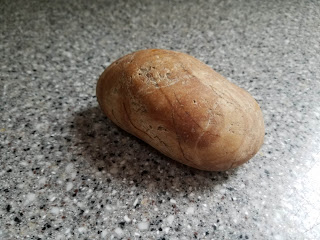 Suddenly it was March and the world came to a screeching halt.  Once again, I secretly sort of enjoyed staying home but desperately miss time with friends, plays, concerts, restaurants.  The Patch saw weeks of mask activity and it looks like this isn't going to end soon, but I'm ready for it.  So are friends and neighbors. 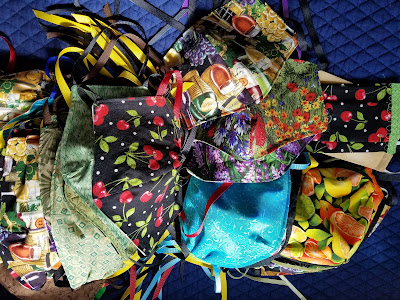 Except for the social activities not much has changed with us.  Al reads, walks, gardens and cooks.  I read, knit, needlepoint, sew and eat.  Nothin' wrong with that but it will be nice to get on with whatever life is going to be - how to judge six feet and obey the one-way signs in the store aisles.

I tried dyeing yarn with ice cubes made with food coloring, plop them on white yarn and wait.  It's fascinating but I had way too much ice so what was supposed to be pink and yellow and orange mostly blended into orange, but I like it.  Next time I'll use fewer and bigger ice cubes. 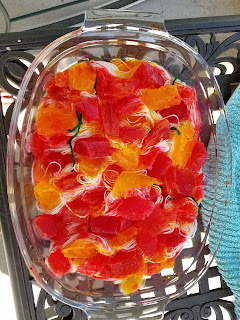 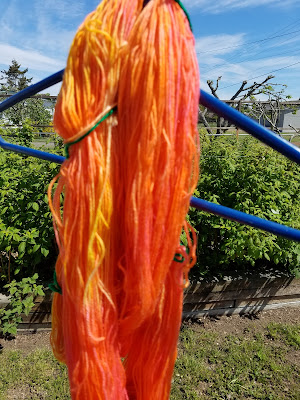 Now you have to look at flowers for a while. 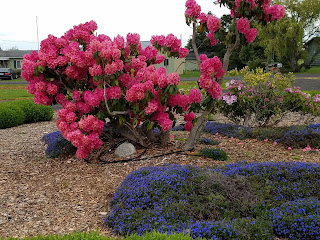 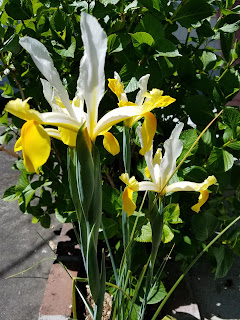 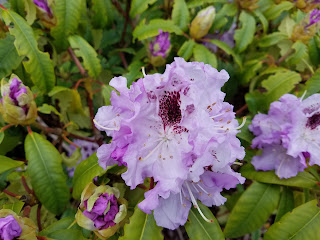 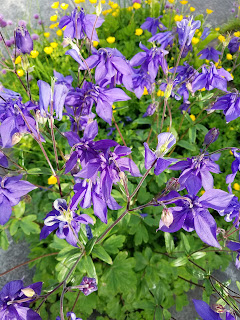 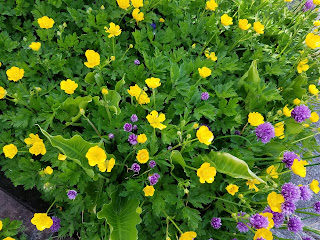 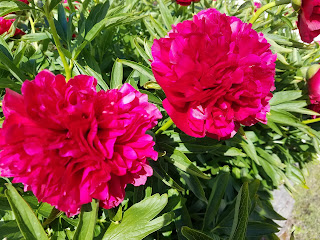 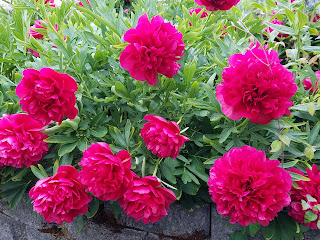 They kind of look like everybody else's flowers, don't they?  But they are Ours, damn it.

The daughter of a friend who knows a guy who knows a woman (got that?) who was getting rid of her yarn stash bestowed it on me!  Guess what I'll be doing for the next few years?  You'll know where to find me.  See ya. 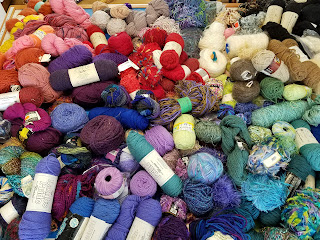