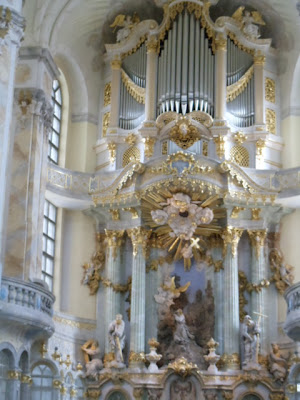 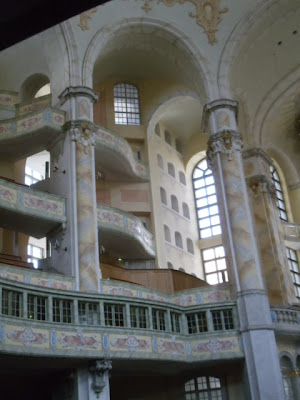 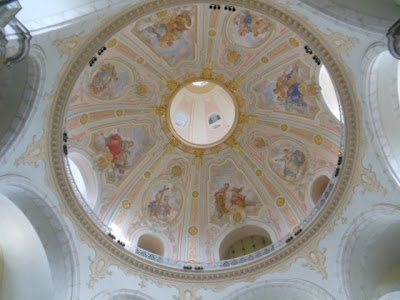 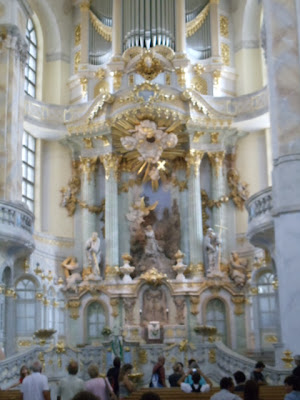 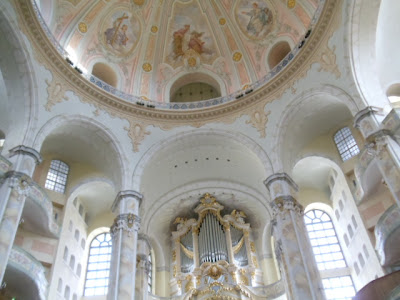 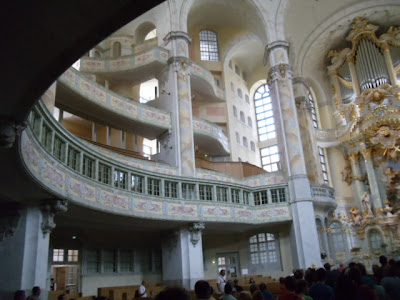 We're in San Francisco, having a wonderful time, but just doing ordinary life, so there isn't much to tell.  Here are photos of the Frauenkirche in Dresden (August), which is an Evangelical Lutheran Church.  It was bombed in February 1945, but has been reconstructed with yet another huge organ.
It's magnificent! 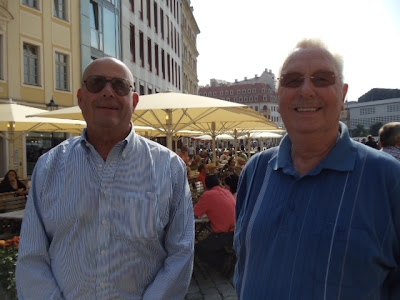 Al and Fred after lunch but before ice cream. 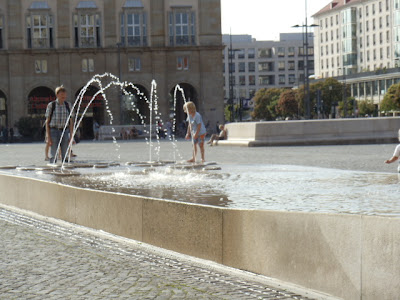 The middle of a square in Dresden.  Fred thinks it looks like little boys peeing.