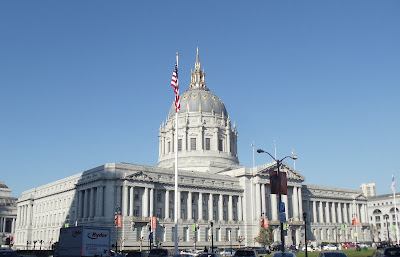 We aren't officially in San Francisco, but BART gets us there lickety-split.  Tuesday I went to see Kevin, My Nephew The Dentist and passed City Hall.  One of the prettiest we've seen so far.  It was a glorious day and the camera kept jumping out of my pocket.

We've just been doing normal things with friends and family, including watch the Packers whip the Vikings last Saturday!  What could be better?  This week in San Francisco will be very interesting but we probably won't go to the game because tickets cost more than the one share of Packer stock hanging on our wall.  We can stay indoors with brats, beer and cheese.
Maybe crab and sourdough bread for the Niner contingent. 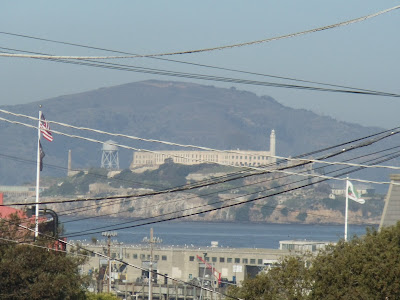 It was a bit overcast on the Bay but Alcatraz was just right there as I walked over Russian Hill. 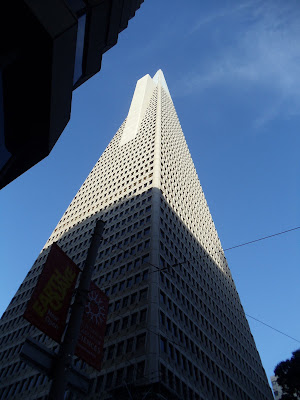 The Pyramid from the corner of Alfred's alley.