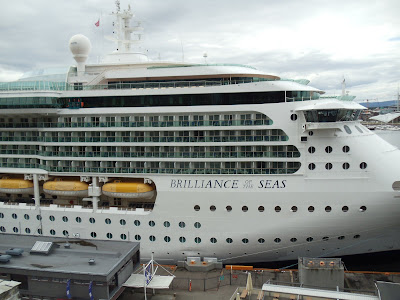 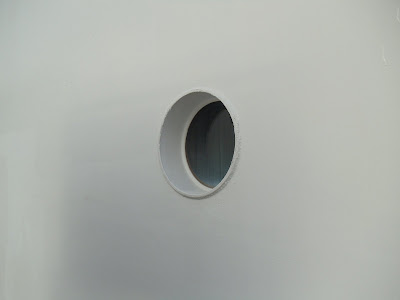 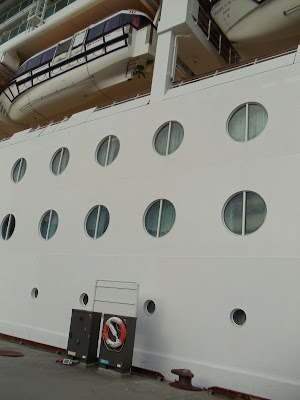 We're still in San Francisco, busy with lots of extra work at the restaurant, helping the kid get things done, lots of painting (Al) and office work and more.  Lots of shopping (me) and socializing, none of which made the blog.  Our friends are all wonderful, but too many are camera shy.
Here are more shots of the big Euroventure which I couldn't post from the tablet.  The Brilliance of the Seas (Royal Caribbean) through the Norwegian fjords was a spectacular trip.
See those teeny portholes right above the water line?  That's ours.  Really.  Al decided that being low would be less turbulent. (Do you think $$ might have influenced his decision?)  He was right - one night the upper portholes had to be locked because of the waves, but ours wasn't big enough to be of concern.  When we approached the ship he assured me that our porthole would be the larger ones above, but that deck turned out to be the dining room and other public areas.  So we told people we lived in the basement.  At least it was easy to get on and off the ship when we chose to go into port.  A couple of the little towns were best viewed from the all glass top deck lounge with pleasant music in the background. And knitting.  And a glass of wine.
So I've been told.