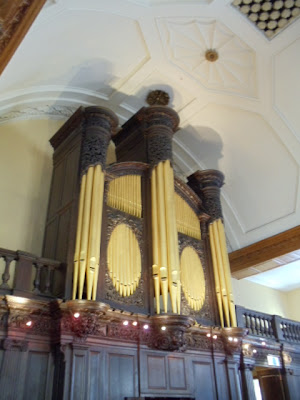 Some very clever people in Dublin have made the former St.Mary's church into a restaurant called - can you guess - The Church.  Arthur Guinness was married here, Sean O'Casey was baptized here, John Wesley preached his first Irish sermon here, Jonathan Swift attended services here.
This is the Renatus Harris organ (doesn't mean anything to me, but apparently is important to organists) on which Handel practiced The Messiah, which he first performed to a full-capacity crowd of 700 in the Fishamble Street Hall on April 13, 1742.  In order to cram everyone in the hall the ladies were requested to not wear hoops in their skirts and gentlemen to remove their swords. 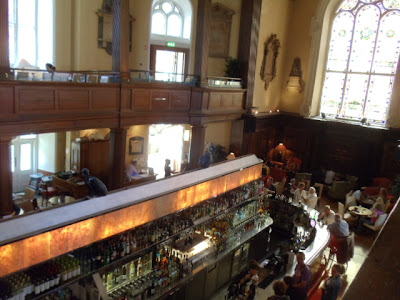 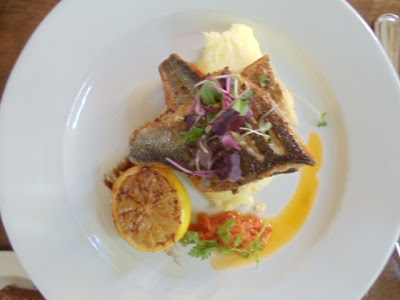 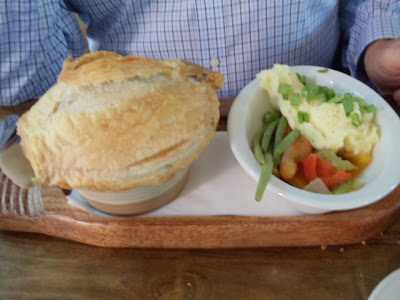 I really liked the fish but was a little bit jealous of Al's pot pie.

We've been enjoying everyday life in Atlanta.  Last night was Matthew's 7th grade string orchestra concert.  He looks really good with his violin but my photos were disappointing.  Darn.